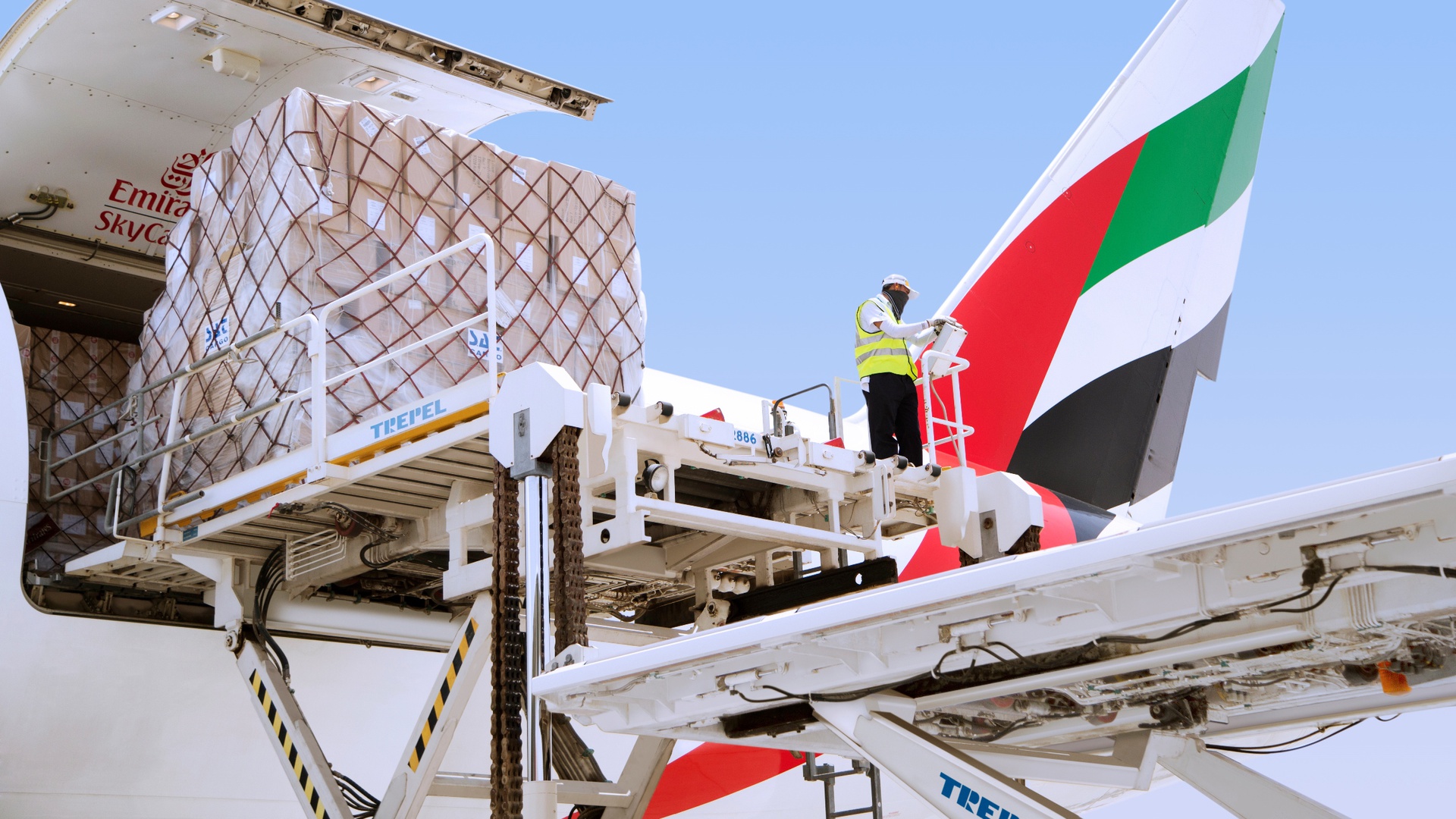 Emirates SkyCargo facilitates global trade in perishables through its network spanning six continents and through its modern fleet and infrastructure.

Dubai, UAE, 31 October 2018- Many of Sri Lanka’s exports are colourful, tasty or fragrant and must arrive at their destinations on time and in pristine condition, a service Emirates SkyCargo continues to provide with distinction.

According to figures released by the Colombo office of the award-winning airline, its freight division transported 27,000 tonnes of cargo from Colombo in 2017-18, a significant 23 per cent of the 118,000 tonnes of goods the island exported by air in the year.

With 28 flights from and into Colombo weekly, and the capacity to carry approximately 20 tons of cargo in the belly hold of each Boeing 777 aircraft, Emirates SkyCargo is one of the main carriers of Sri Lanka’s trade commodities and thus makes a noteworthy contribution to the national economy.

Edible fish, fruit and vegetables, flowers and other cut foliage and readymade garments are among the principal exports that SkyCargo transports from Sri Lanka to markets around the world.

An important volume of Sri Lankan exports are perishables and Emirates SkyCargo offers specialised air transport solutions  under the ‘Emirates Fresh’ umbrella that help maintain the freshness of the goods being transported.  Emirates Fresh is backed by Emirates’ modern fleet of over 270 aircraft, robust processes, experienced staff as well as state of the art cool chain facilities at its hub in Dubai.

“In 2017-18, Emirates SkyCargo carried more than 7,500 tonnes of fish, which is about 40 per cent of the 17,500 tonnes of edible fish that Sri Lanka exported to USA and Europe,” said Kapila Santhapriya, Emirates Cargo Manager Sri Lanka & Maldives.  “Our flight frequencies and our global network reach from Colombo support the local fish and seafood exports industry,” he added. The types of fish exported on Emirates SkyCargo include tuna, shrimp, prawns, crabs, and lobster to markets including the UK, France, Italy, Netherlands and the USA. Sri Lankan exports of fish are valued at close to US$ 250 million.

In addition to seafood, Emirates SkyCargo also transported 5,000 tonnes of fruits and vegetables from the country during the last financial year.  The commodities included banana, papaya, pineapple, seasonal fruits like mangosteen (May –September) and Rambutan (May – August), bitter gourd, green chillies, drumstick, snake gourd, and red onion. One of the main export markets for fruits and vegetables from Sri Lanka is the Middle East. Other markets include the Maldives, United Kingdom, Italy, France, Germany, Switzerland and Seychelles.

Emirates SkyCargo is the world’s largest international air cargo airline operating a fleet of 257 wide body passenger aircraft and 14 freighter aircraft. The air cargo carrier offers extensive cool chain facilities at its Emirates SkyCentral terminals in Dubai for the transport of temperature sensitive goods such as perishables and pharmaceuticals. Emirates SkyCargo has also developed a number of unique and specialised transportation solutions targeted at specific industry verticals. During the financial year 2017-18, the air cargo carrier transported a total of over 2.6 million tonnes of cargo.