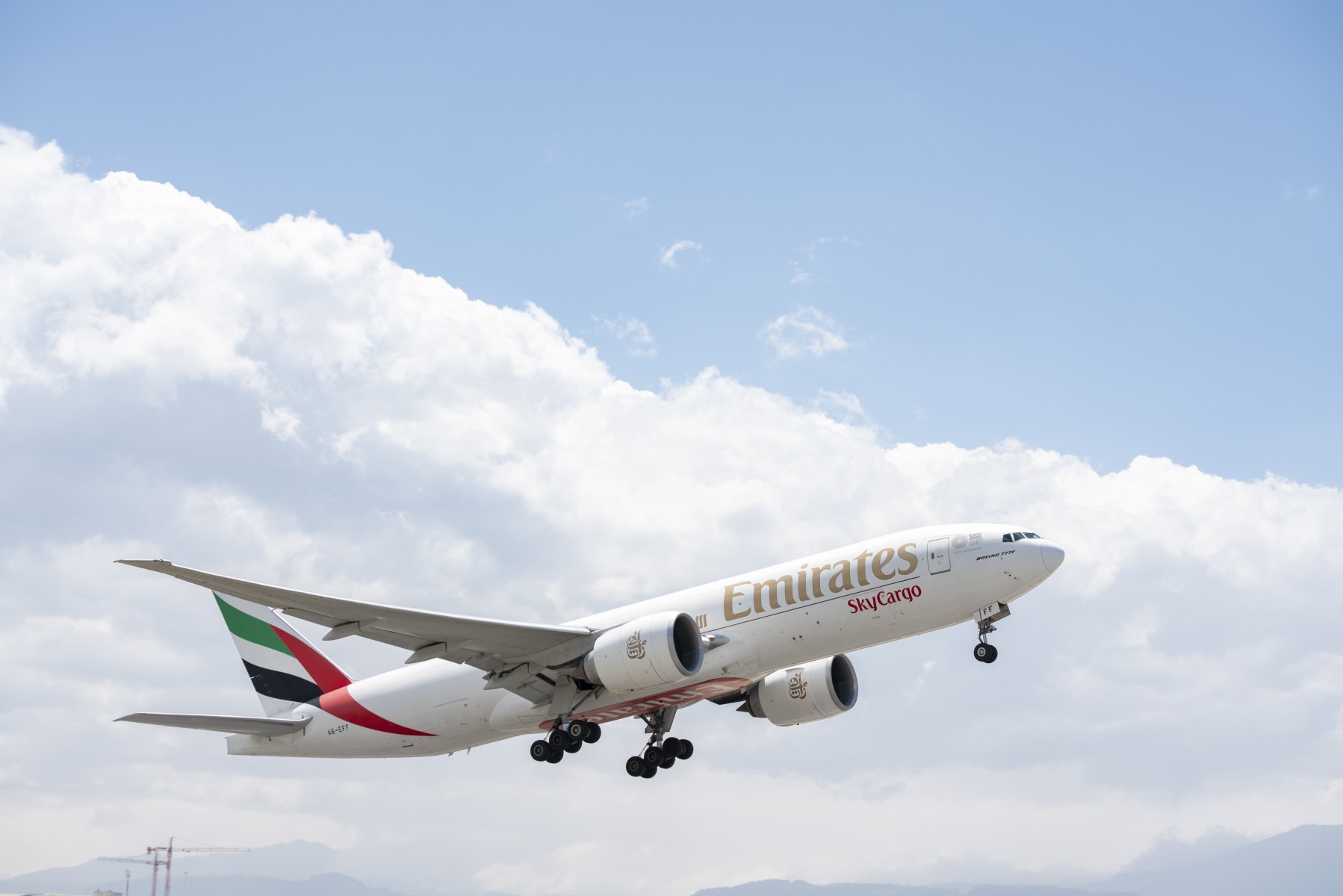 Dubai, UAE, 04 May 2020- Emirates SkyCargo has announced that with effect from the first week May 2020, it has commenced dedicated cargo flights on a scheduled basis every week to 67 global destinations across six continents. This includes 11 destinations in the Middle East, seven in Africa, 22 in Asia, six in Australasia, 15 in Europe and six cities in the Americas.

Emirates SkyCargo has operated over 2,500 dedicated cargo flights in the month of April. Acting as a global conveyor belt for the transport of essential supplies including protective equipment, medical devices, pharmaceuticals and food, the air cargo carrier flew more than 1650 flights on its Boeing 777-300ER passenger freighters and over 850 flights on its Boeing 777 freighters to over 80 destinations on scheduled and special charter services. Since January 2020, the air cargo carrier has transported more than 375,000 tonnes of cargo on its flights.

“Over the last six to eight weeks, we have had to work innovatively and around the clock to move essential cargo to destinations where they were most needed. We started with just about a dozen cities served by our Boeing 777-300ER passenger freighters at the end of March but within the space of a month we have scaled our operations to a point where we now have more than 65 destinations as part of our network and about 85 daily cargo flights.

“Our cargo operations continue to grow, as we see strong demand and every day we work to connect more points with our flights. Our operations support not just the immediate relief efforts, but in a distributed global economy, they also help keep businesses and trade running. And as Emirates, we would also be happy to support any immediate repatriation efforts and transport passengers on our cargo flights if we receive approvals from national authorities,” said Nabil Sultan, Emirates Divisional Senior Vice President, Cargo.

In total, the carrier transported an estimated 10,000 tonnes of personal protective equipment, medical equipment, devices and pharmaceuticals in the month of April on its scheduled and charter flights. Emirates SkyCargo is drawing on its expertise as a global leader for the transportation of temperature- sensitive pharmaceuticals to ensure that medicinal products are transported in a rapid, secure and efficient manner.

In addition to medical supplies, Emirates SkyCargo is also facilitating the transport of other items including perishables and fresh produce. Between January and April 2020, Emirates SkyCargo flew more than 85,000 tonnes of food around the world, continuing to support local agriculture and produce exports while ensuring that consumers can still access fruits, vegetables and other fresh produce in local stores.

Emirates SkyCargo is working closely with national governments to help boost local economies by providing businesses with export capacity on its flights. The carrier has recently announced that it is working with both the Australian and New Zealand governments to help transport fresh produce and other key exports to global consumer markets while at the same time ensuring that key supplies including equipment and medicine could continue to flow to Australia and New Zealand. 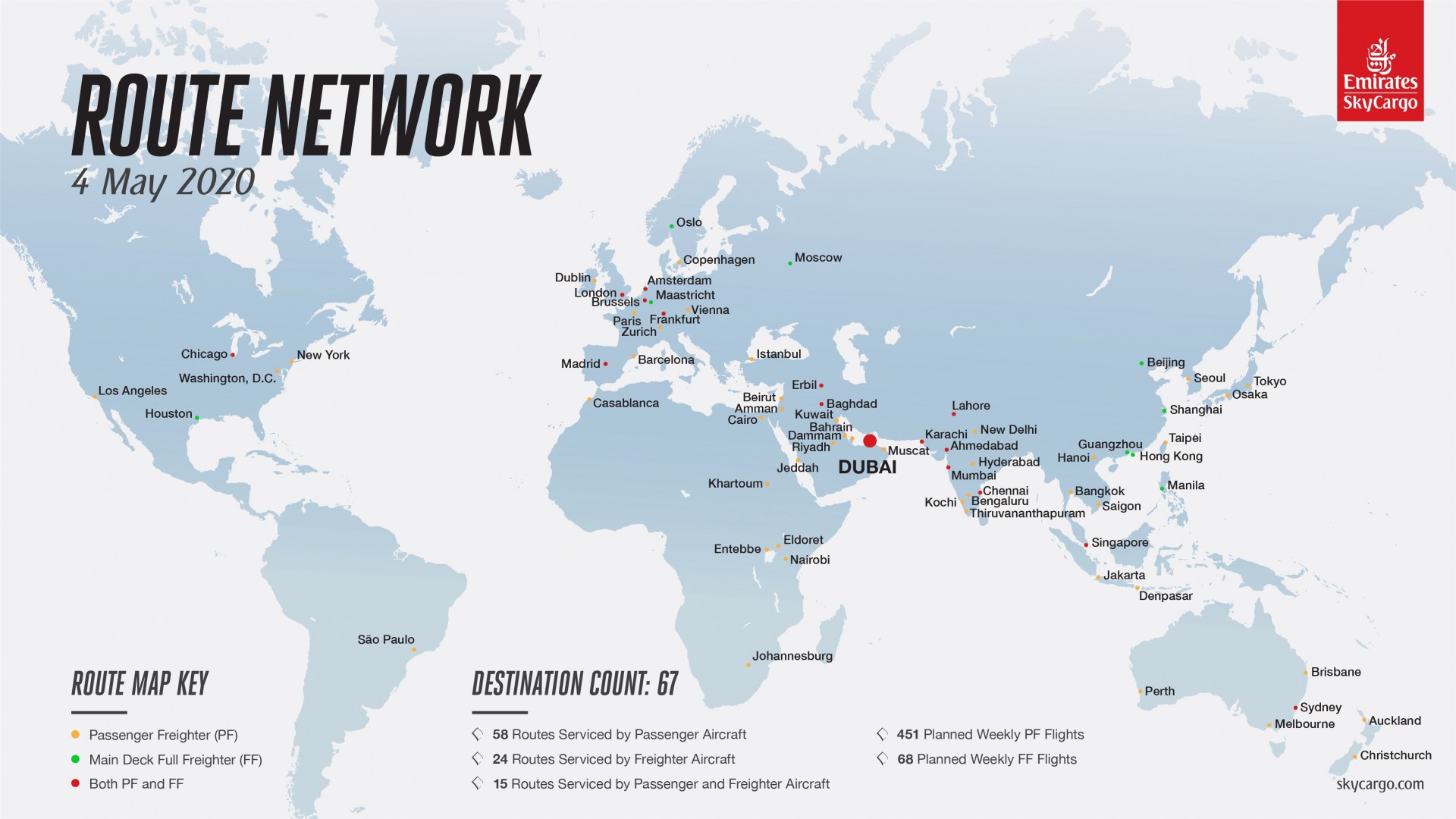