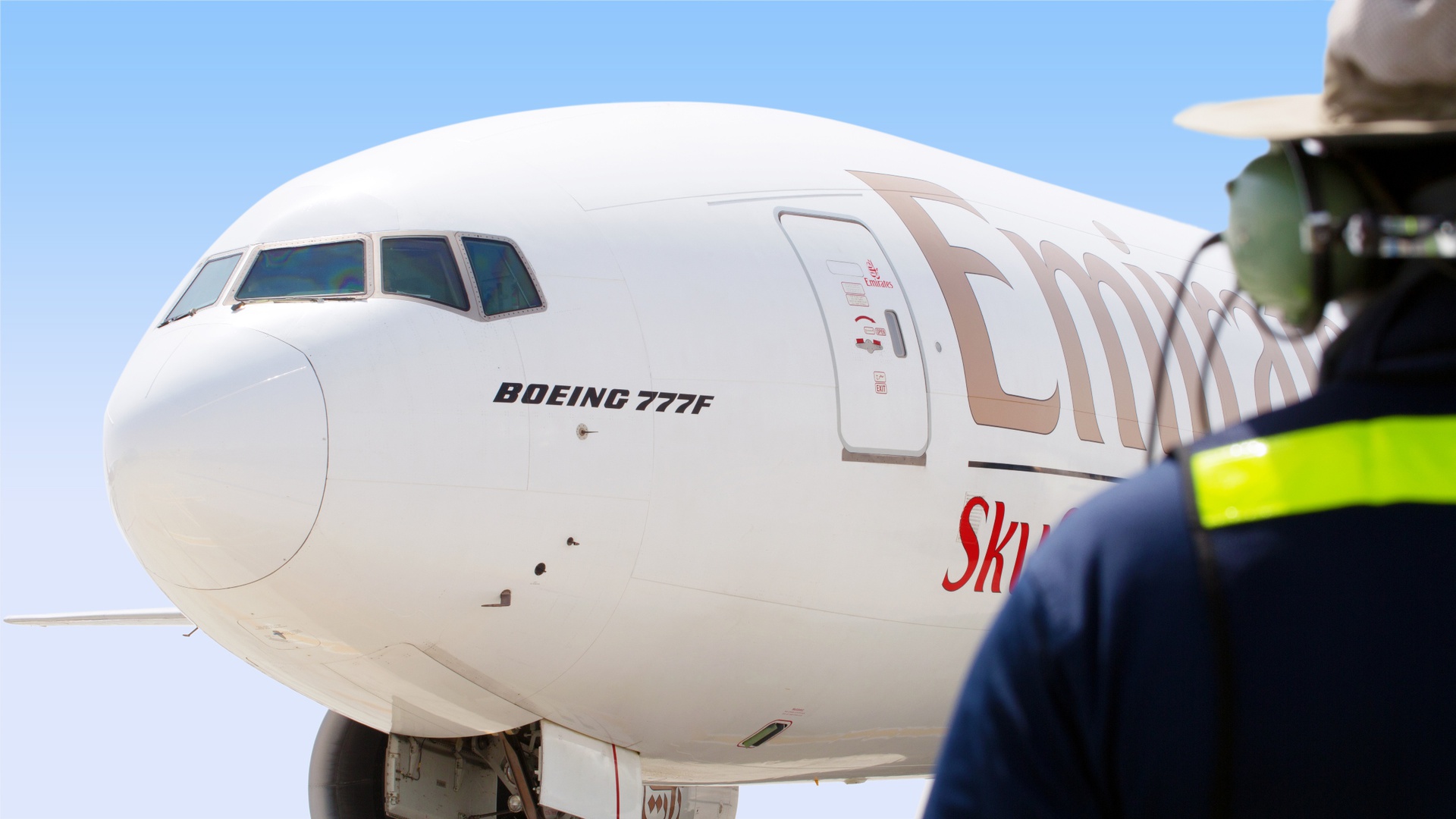 Emirates SkyCargo transported close to 10,000 tonnes of export cargo from Ireland in 2018

Dublin, Ireland, 20 December 2018- Emirates SkyCargo today released figures on its Irish operation, which showed that the award-winning freight division of the airline carried close to 10,000 tonnes of Irish exports, from Dublin, during 2018.

In addition to up to 720 passengers flying twice daily between Dublin and Dubai and beyond, Emirates offers up to 25 tonnes of cargo capacity on each of its Boeing-777 aircraft that operate the Dublin route.

35% of Emirates SkyCargo’s Irish export cargo for 2018 comprised food items such as crabs, oysters, razor shells and salmon, much of which is heading to the Far East and specifically, Hong Kong, Shanghai and Singapore. Other produce making its way to the supermarkets of Dubai and onwards to Asia include yogurts, cheese, Irish beef, chocolates and baby milk formula.

First Class passengers onboard the Dublin to Dubai route enjoy a taste of Ireland each day with beef from Dublin butchers Gahan Meats, Killowen yogurt from Wexford and iconic Irish brands Butlers Chocolate and Keogh’s crisps available as part of the onboard snack selection.  Sligo beauty brand Voya can also be found in the onboard rest rooms as Emirates continues to grow its portfolio of Irish brands that contribute to the airline’s high-standard onboard offering.

Pharmaceuticals accounted for more than 2,000 tonnes of cargo carried by Emirates SkyCargo from Dublin in 2018.   Primary end markets for products from leading pharmaceutical companies in Ireland include Australia, India and the Middle East.

Other Irish products being exported to markets such as the UAE, China, Singapore, Australia and South Africa, and making up 35% of exports, include computer equipment, electronics and machinery.

Michael Meagher, Emirates SkyCargo manager for Ireland said, “Since launching in Ireland in January 2012 Emirates has been supporting Irish companies of all sizes with their export programmes, carrying more than 50,000 tonnes of cargo out of Dublin during that time, making us the number one carrier for air cargo from Ireland to the Middle East, Australia and China.

“We are continuing to grow our operation in Ireland and are currently developing Dublin as a gate-way to North America for cargo traffic coming from Dubai and elsewhere on our network.  This is a very exciting development for the Emirate SkyCargo team in Dublin, where every piece of cargo is treated with kid gloves to ensure it arrives at its destination in perfect condition.”

Emirates SkyCargo has developed a range of specialised services to ensure that cargo is transported in the best possible conditions. This includes ‘Emirates Fresh’ for food items and other perishables; ‘Emirates Pharma’ for temperature sensitive pharmaceuticals and ‘Emirates Pets’ for domestic pets such as cats and dogs.

Emirates SkyCargo is the freight division of Emirates offering cargo capacity on its fleet of over 270 aircraft which also includes 14 freighter – 13 Boeing 777-Fs and one Boeing 747-F.